When someone is looking for an instrument for a beginner musician, cheap is not always the best idea. Look, I understand not wanting to spend a bunch of money on an instrument for a beginner when you don't even know if they will stick with it. However, it has been my experience that if a beginning student gets frustrated trying to learn how to play an inferior instrument, chances are that they will not stick with it.

I have always believed that a student that has access to a quality instrument will learn faster because they will want to practice more. If they are bogged down with trying to play an instrument that isn't fun to play, they aren't going to want to practice and will most likely end up giving it up all together.

The Kopf Percussion® Novato is the perfect  cajon box drum for a beginner because when I designed it, it kept both quality and price in mind. It is priced more than alot of cajons in the beginner category but it is of a muh higher quality than most similliarly priced cajons. In fact, it is a better cajon than many advertised "Pro Cajons". 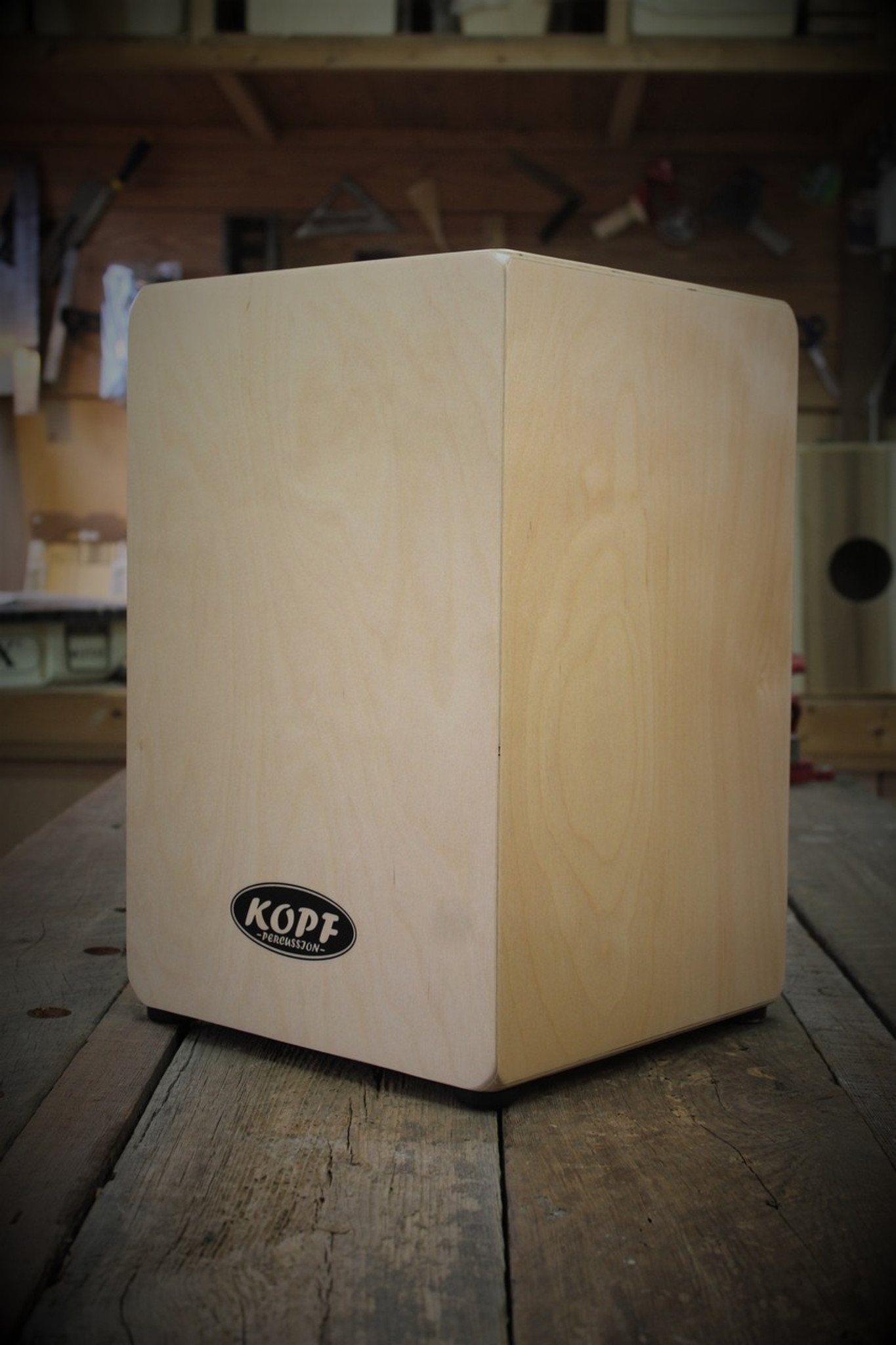 It is a full sized cajon handcrafted from baltic birch. The shell is made form 1/2" baltic birch plywood and the tapas are 1/8" baltic birch plywood. It has two playing surfaces that oppose each other. One has snares and the other does not essentially making it both a modern snare cajon as well as a classic peruvian cajon. The Tapas are attached by gluing them to the shell. This makes for a very full sound and resonant bass tone.

This may be our beginner model cajon but it has the full warm tone of a much more expensive cajon. Being prices at $229, it offers a ton of quality and tone for a lower price than our higher end models.

Learn More About My Line Of Handcrafted Instruments